Francisco Yturria  (1830-1912), Civil War profiteer and banker, son of Capt. Manuel Maria and Paula Navarro (Ortuzu) Yturria, was born in Matamoros,Tamaulipas, Mexico, on October 4, 1830. He was married to Felicitas Treviño, daughter of Ygnacio Treviño, an original Spanish land grantee in Cameron County. Yturria began his career in business by working as a clerk for Charles Stillman, one of the founders of Brownsville, and by purchasing lands adjoining those of his wife's inheritance.

As a top aide to Stillman, Yturria was involved in the formation of Mifflin Kenedy and Company, the Rio Grande river boating monopoly that Stillman financed and that Mifflin Kenedy and Richard King operated. Yturria became the leading cotton broker of Matamoros during this time. He not only established and operated the Francisco Yturria Bank of Brownsville under a private charter, he also owned and established a mercantile house in Matamoros. He was one of the wealthiest and most influential men of his time in southwest Texas. Yturria died on June 12, 1912,  in Brownsville. 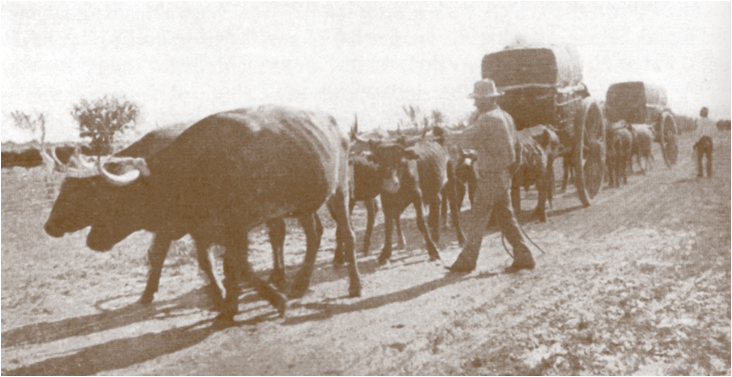 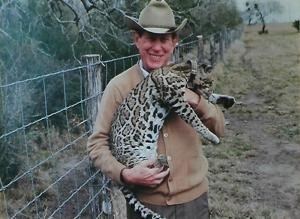 Frank Daniel Yturria (1923–2018), author of The Patriarch, is Don Francisco Yturria's great-grandson. Frank was a fourth-generation south Texas businessman, rancher and avid polo player with an avocation for history. He was also well-known for his philanthropy in the U.S. and in Latin America as Chairman of the Inter-American Foundation.

At different stages of his life he had been a soldier, banker, civic leader and public servant. Four U.S. presidents named Dr. Yturria to various high-level government positions. In 1956, President Dwight D. Eisenhower appointed Yturria Customs Collector for the 23rd Customs District of Texas. In 1982, President Ronald Reagan appointed Yturria to serve as an alternate representative to the South Pacific Commission. President George H. Bush appointed Yturria to serve as Chairman of the Inter-American Foundation (1990), and President William Clinton reappointed him to the Inter-American Board and was again made chairman of the board by President George W. Bush (1997). He also served on the Texas Historical Committee by appointment of Texas Governor Rick Perry.

Frank served in the U.S. Army during WWII (service 1942–1944) and later in the U.S. Air Force during the Korean War. Following the WWII, he earned a degree in veterinary medicine at Texas A&M University in 1947. Then, eight years later, while serving as a captain with the U.S. 13th Air Force at Clark Field in the Philippines, Frank earned a Masters Degree in political science from the University of the Philippines.

His Yturria Ranch, noted for its fine cattle and horses, is part of the 80,000 acre Punta del Monte Ranch Francisco Yturria established in 1860 and is part of the King Ranch EI Sauz ranch that was deeded to the King Ranch Atwood heirs. Frank also owned mineral interest in 156,300 acres of ranch lands in five south Texas counties (Jim Hogg, Starr, Hidalgo, Willacy and Kenedy).

A noted wildlife conservationist, Frank set aside 2,500 acres of his ranch into a wildlife habitat to protect the highly endangered Texas ocelot, which today is found on the Yturria Ranch and the Laguna Atascosa Wildlife Refuge. He and Mary Lewis Kleberg co-endowed a $1 million research chair at Texas A&M University in Kingsville for the study of ocelots and other wildcats.

Frank also was instrumental in re-introducing the Aplomado falcon to South Texas in cooperating with the Peregrine Fund and the U.S. Fish & Wildlife Service.

In addition to The Patriarch, his published works of history include, Bos Indicus, the story of Brahman cattle in the U.S., The Rise and Fall of the German Army, 1933-1945; and Colonel Manuel Maria Yturria, a biography of his great-great grandfather.

Frank married Mary Elizabeth Altman, with whom he had two daughters, three grandchildren, and one great-grandson. The Yturria's celebrated their 65th wedding anniversary in 2012. Frank Yturria, 95, died November 26, 2018.

Frank Yturria's brother, Fausto Yturria, Jr., is the owner of the Yturria ranch in Brownsville, Texas, and a real estate developer and an heir to the 150,000-acre Yturria ranch that once moved longhorn cattle up the Chisholm Trail. Mexican-born Don Francisco Yturria founded the ranch and Brownsville’s first private bank in the mid-Nineteenth Century. A Confederate war profiteer, Francisco Yturria formed a shipping company with several partners, including legendary King Ranch founder Richard King.

The company monopolized the region’s Civil War trade by registering ships in Yturria’s name, sailing under Mexican flags and thereby moving through Union blockades. Yturria’s great-grandson Fausto is a rancher and real estate developer who was the top investor in Harlingen’s Valley Greyhound Park race track in the early 1990s, when track owners got the state legislature to slash gambling taxes. During the administration of Governor George W. Bush, the Texas Water Development Board appointed Yturria to the Coastal Bend Regional Water Planning Group. Fausto and siblings Frank and Marion fought in court in the 1990s over how to divide up their inherited ranch. With 150,000 acres, the family ranked as the 58th largest landowners in the country, according to a 1997 Worth magazine report," Texans for Public Justice wrote.