This research guide aims to assist students in any research topics involving the railroads of the lower Rio Grande Valley. Provided in this guide are useful primary and secondary sources from our collections as well as information about external resources in a variety of formats.

The railroad lines that run throughout the lower Rio Grande Valley and Texas as a whole have a rich history to them. While today most if not all of them are now part of the Missouri Pacific line system they were once separate, with ties to well-known figures in Rio Grande Valley History such as Frank Yturria or Col. Samuel Arthur Robertson.

Originally known as the San Benito and Rio Grande Valley Interurban Railway Company, the San Benito and Rio Grande Valley Railway Company was formed June 28, 1912 and would have its tracks completed July 1, 1912 (aka, Spiderweb Railroad). The completion of the rails was largely due to the funds provided by the St. Louis and San Francisco Railroad as well as the deed to railroads and lines provided by Col. Samuel Arthur Robertson. Over time the company would grow in size and change ownership until it became part of Missouri Pacific. There is a state historical marker at the site of the original Spiderweb Railroad in Progresso.

This collection consists of eighteen letterpress halftone postcards pertaining to Cameron County and Matamoros, Tamaulipas. The photographs were taken by Robert Runyon and the postcard booklet was made by Curt Teich & Co. of Chicago, Illinois in 1925.

Scrapbook of John R. Peavey reflecting his days as a U. S. Border Patrolman in the Rio Grande Valley. Warning: graphic content. For more materials of the John Randall Peavey Collection, view the Finding Aid on ArchivesSpace 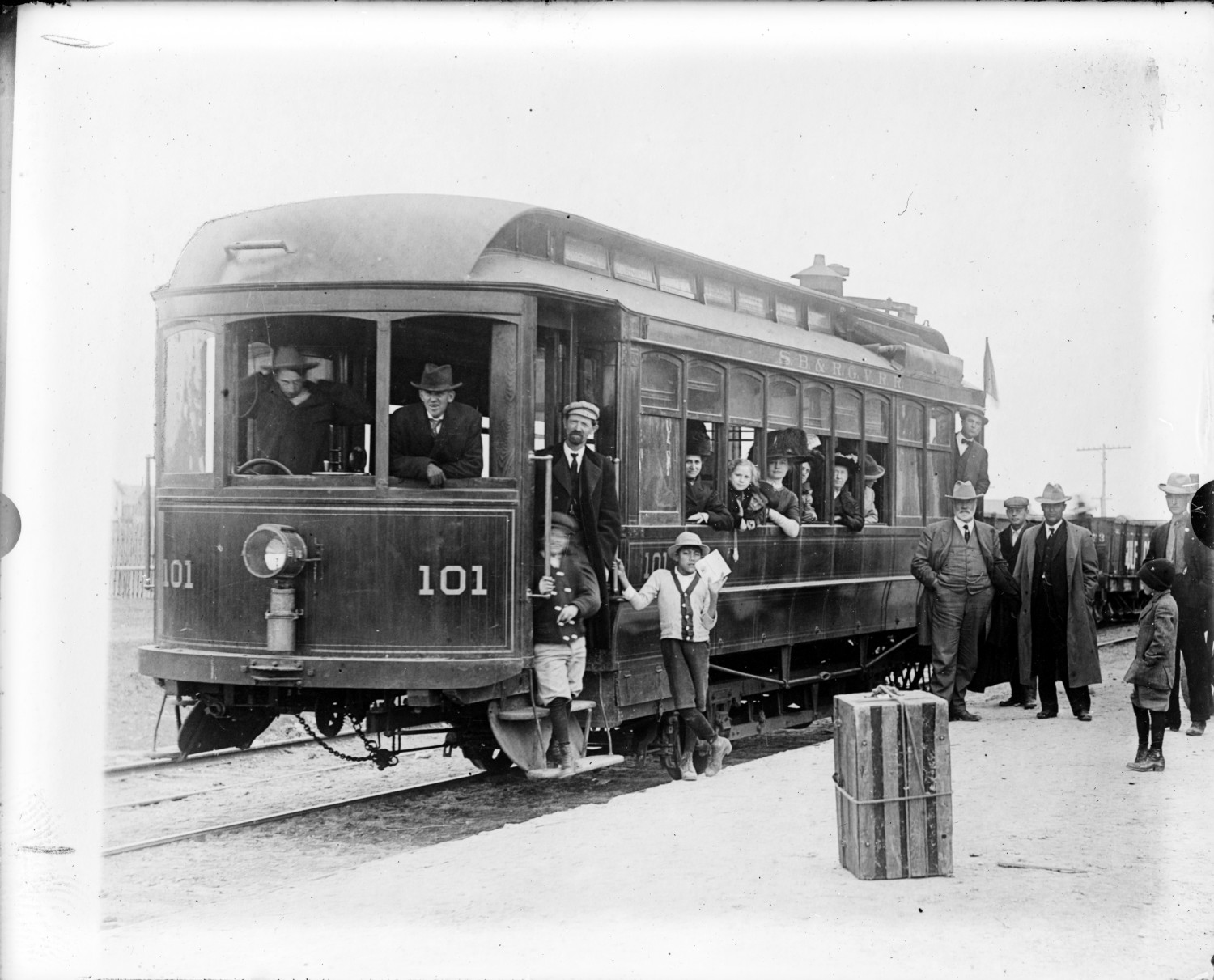 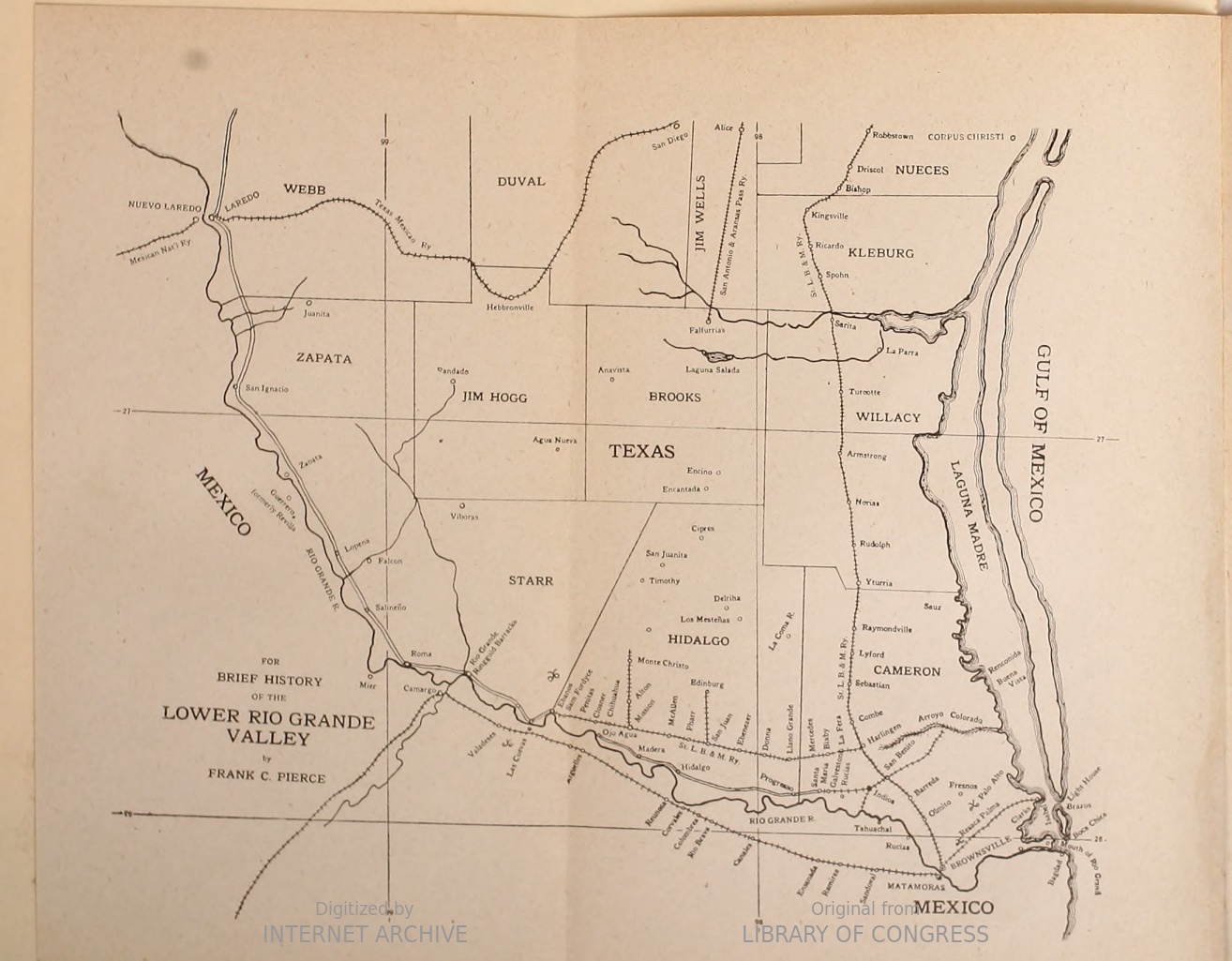 Railroad map from "A Brief History of the Lower Rio Grande Valley," by Frank Cushman Pierce 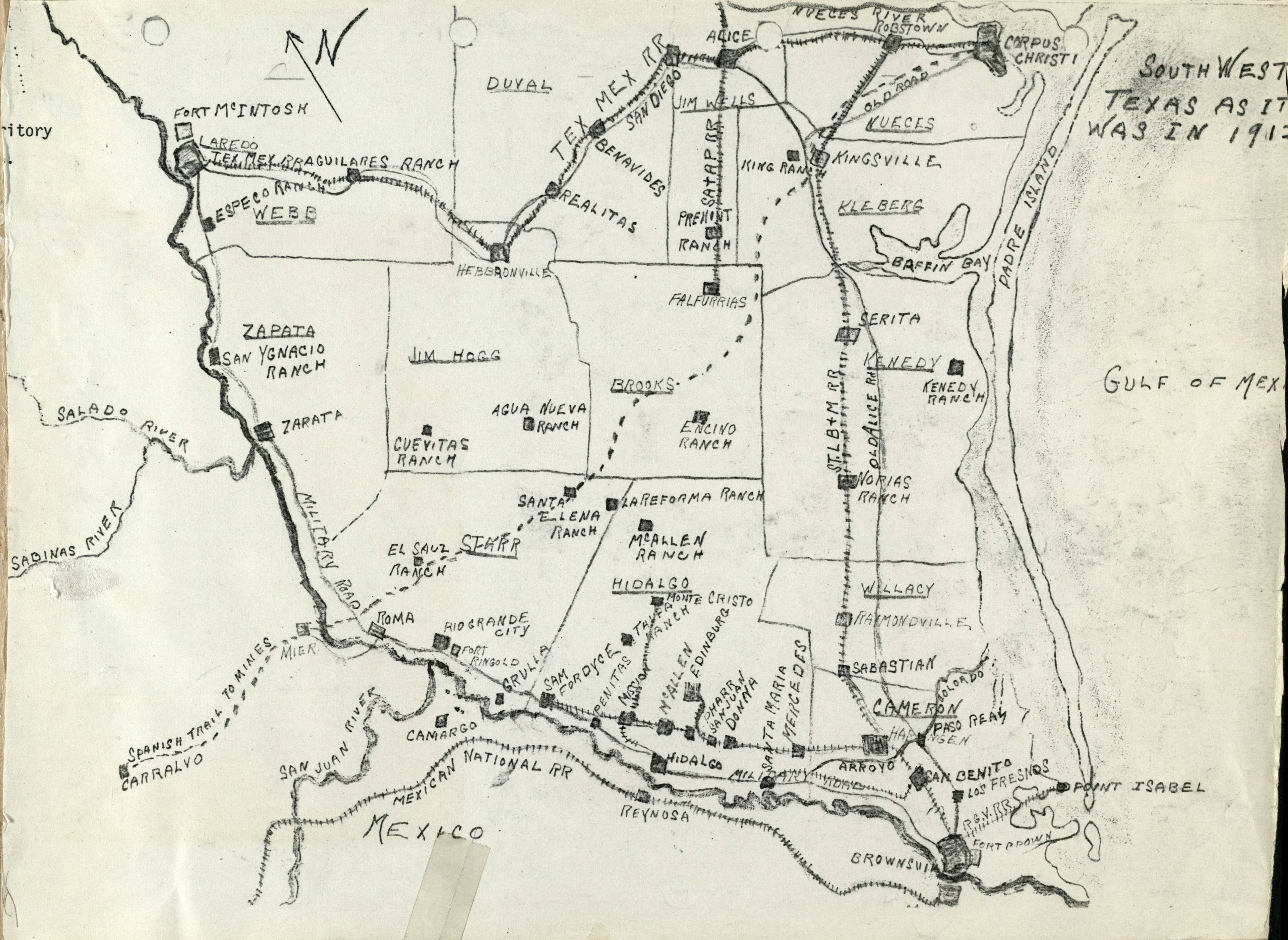 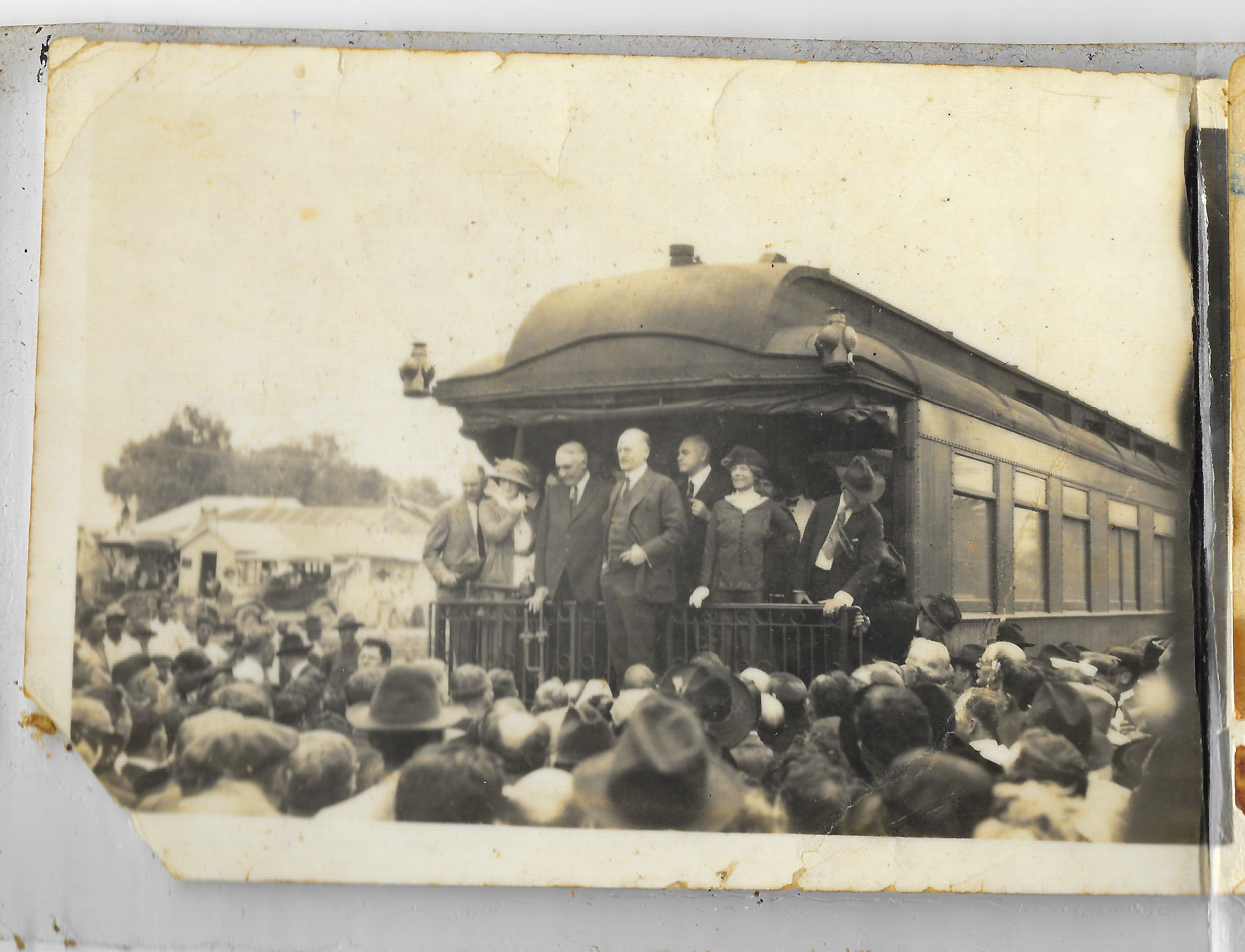 Photo of Brownsville Train station; train with people on it surrounded it by a crowd; R.B. Creager, Chairman of the Republican Party of the State of Texas; and president-elect Warren G. Harding; right to left: unknown woman, Lindberg family member, Harding, Creager, others; taken in 1921; in Railroad Depot Park, Brownsville, Texas. 5.5" x 3.5"

Railroads: Secondary Sources from Our Collections

Explore the rich historical heritage of the Rio Grande Valley. The series includes articles written by scholars from a variety of institutions across the United States and Northern Mexico.

Discusses the construction of the Gulf Coast Line. Includes portrait of Jeff N. Miller, images of the railroad tracks, railroad construction, and depots and stations in Brownsville, Kingsville, and Vanderbilt. Some photos by Wheelus.

"And Nothing But the Truth: Achievements of Farmers and Truck Growers," by William Doherty (1906, v.2 no.2)

Article describing the agricultural productivity of the Texas Gulf Coast region. Includes several photographs depicting farm fields, farmers/ farm workers, various crops, an apiary, and transportation of crops. Most are images are of locations near Brownsville, including a photo of cabbage being loaded into train cars. Some photos by Wheelus.

See also items listed under Books from our Catalog

The Railroad Commission of Texas (RRC) had jurisdiction over the rates and operations of railroads, terminals, wharves and express companies. These records are files of the Transportation Division (formerly the Main and Transportation Division, later the Rail Division) and consist of the special authority orders issued by the Railroad Commission, correspondence between the Commission and railroad companies concerning requested changes, and internal memos discussing the requested changes, dating 1894-1935. Most railway lines operating in Texas during this time period (1894-1935) are represented.

Our mission is to preserve and promote the heritage of the Missouri Pacific Railroad and it's affiliates. This includes the Texas & Pacific, Chicago & Eastern Illinois, Kansas Oklahoma & Gulf, Alton & Southern and many other roads that were part of the MP family. The website includes historical information and access to digital images.