This research guide presents the history, environmental importance, and political relevance of the 78-year-old Santa Ana National Wildlife Refuge in Alamo, Texas. It was compiled using external resources, UTRGV library catalog items, and archival and digital collections from the Special Collections and Archives, the latter of which includes vintage photographs taken at the refuge.

Before the U.S. government purchased 2,008 acres designated for Santa Ana National Wildlife Refuge in 1943 for conservation efforts, the land previously was a Mexican land grant attributed to Benigno Leal in 1834. Leal developed a family cemetery on their property as well, which is still standing today. In 1852, half of the land grant was sold to Eli T. Merriman. Merriman, an original Hidalgo County Commissioner, later sold his acreages to Dr. William T. G. Brewster (a Civil War veteran and Union surgeon). In 1978, the Santa Ana National Wildlife Refuge acquired the Brewster Ranch. The two family cemeteries remain located on the refuge--Santa Ana Wildlife Refuge and Brewster Cemeteries. By 1902, however, both halves were owned by Peter Ebenezer Blalock, an initial co-developer of what became the town of Alamo, Texas.

The Santa Ana National Wildlife Refuge is a sanctuary for unique animals such as ocelots, Mexican free-tailed bats and Texas tortoises, but maintains its reputation as a prime birding center since it is home to over 400 residential and migratory bird species. Among the hundreds of bird species at the refuge, visitors may see chachalacas, raptors, various types of warblers, great kiskadees, cardinals, and parula. The Santa Ana National Wildlife Refuge also shelters over 450 species of plants and “half of all butterfly species found in North America” (Santa Ana National Wildlife Refuge, Wildlife and Habitat webpage). Within the 14 miles of trails, visitors also have a chance to view these animals and plants within the refuge’s diverse mini habitats: Resacas, the Upland Thorn Forest, the Bottomland Forest, Riparian Terraces, and the Mudflats.

Recently, the Santa Ana National Wildlife Refuge has been involved in a subject of controversy: the proposed U.S.-Mexico border wall. In 2017, former President Donald Trump announced that his proposed border wall would be built through a number of borderland sanctuaries and historical landmarks, including the Santa Ana National Wildlife Refuge. In 2019 and 2020, however, Congress voted twice to enforce protection of the refuge from the approved border wall construction. Despite this, controversy remained in the year 2020, since the border wall building was planned exactly on the border of the refuge. Conservationists argue that constructing the border wall so close to the refuge will disturb the wildlife, especially since a federal judge allowed vegetation elimination for construction planning. The area designated for border wall construction also happens to be a dirt levee, which is utilized for flood control. Lastly, conservationists argue that planned features for a completed border wall will remain as a disturbance to both residential and migratory wildlife. 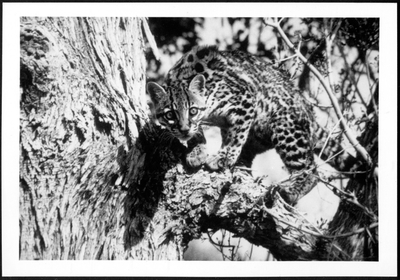 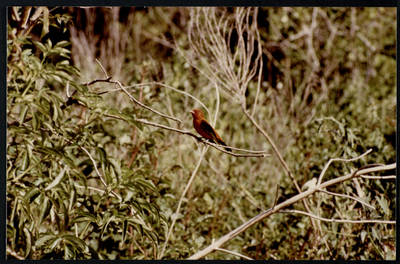 Color photograph. Diranga Olivacea. The Scarlet Tanager has a red body set off by jet-black wings and tail. 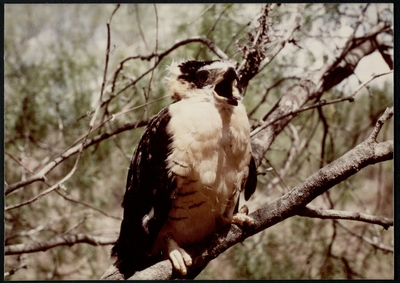 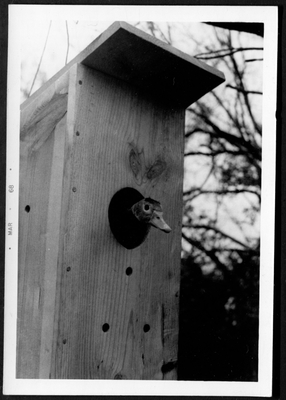 Black and White photograph. Dendncygna autumnails. It has a pink bill and an unusual long-legged silhouette. Some rest in trees. Lack of sexual dimorphism permits long-term pair bonds. 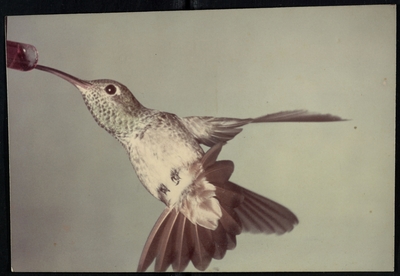 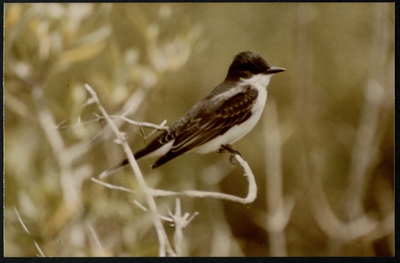 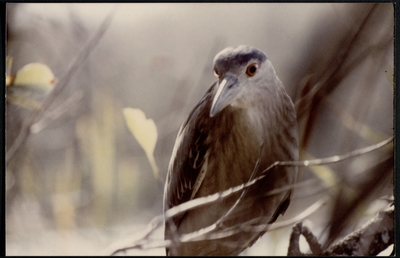 Color photograph. Nycticorax nyctixorax. The Black-crowned Night-Heron mostly nest in coastal colonies, some nest on land. Identified by their black crown and back with the remainder of the body white or gray, red eyes, and short yellow legs. 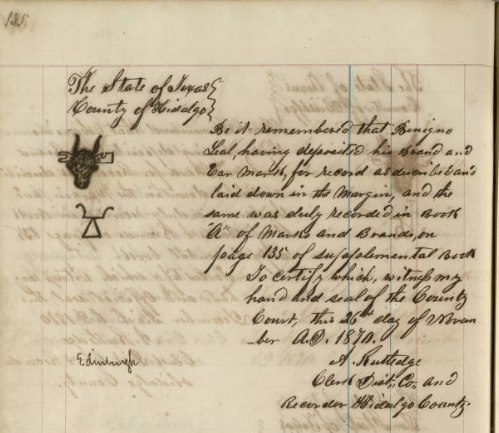 Selected photographs from Santa Ana National Wildlife Refuge. The Refuge was founded on 2,088 acres in 1943 and is home to nearly 400 bird species, and on the migration route of thousands of birds. Half of all butterfly species found in North America may be found in Santa Ana, and 450 types of plants. It has also been the home of the ocelot and jaguarundi. An ancient Spanish cemetery resides within its borders surrounded by 100-year-old hand-hewn ebony fence.

Resources from Our Catalog The ghosts of the cemetery in the Santa Ana property may have been disturbed during the border bandit wars of 1915-1916 when robbers broke open the tomb of Cristoval Leal (adopted son of the original grantee and Civil War Confederate Veteran) and his wife María Rafaela Treviño. The tomb’s skeletons remained exposed until the federal government bought the property in 1943.