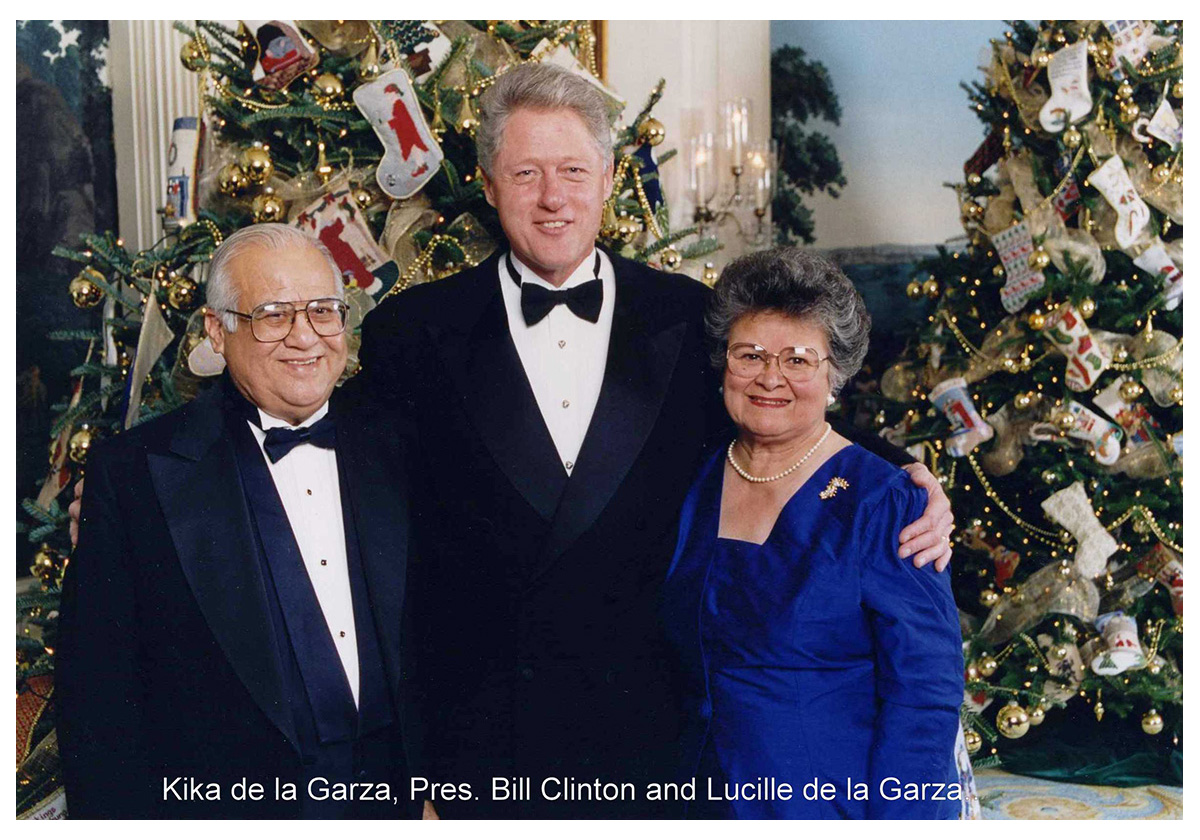 Kika grew up in Mission, TX and attended school at Our Lady of Guadalupe Catholic School and Mission High School. He served in the U.S. Navy from 1945 to 1946. Kika continued his education at Edinburg Junior College and the U.S. Army Field Artillery School in Fort Sill, OK. From 1950 to 1952 he served in the Korean War as a second lieutenant with the U.S. Army 37th Division Artillery. Upon his discharge from the Army, Kika earned a law degree from St. Mary’s University (1952), which also awarded him an honorary Doctor of Law.

He first ran for public office in 1951, representing South Texas in the Texas State Legislature from 1952-1964. In 1964, de la Garza was elected to the U.S. House of Representatives, serving from 1965-1996. He became a member of the Committee on Agriculture, serving as Chairman of the Subcommittee on Department Operations and Foreign Agriculture in 1967. From 1981 to 1994, de la Garza was Chairman of the Committee on Agriculture, and led the way for passage of three omnibus farm bills (1981, 1985, and 1990), a major overhaul of the agricultural lending system, Federal crop insurance reform, a major reorganization of the USDA, reforms in Federal pesticide laws, and numerous other measures to assist U.S. agriculture, encourage rural economic development, and improve human nutrition.

De la Garza was one of the founding members of the Congressional Hispanic Caucus in 1976, which he chaired from 1989 to 1991. He successfully fought for improved access to health care for the elderly and veterans, better living conditions for low-income individuals and the impoverished, and access to educational opportunities for all Americans. A proponent of free trade, he was instrumental in the passage of the North American Free Trade Agreement (NAFTA) and expansion of the General Agreement on Tariffs and Trade (GATT). A leading expert on U.S.-Mexican relations, de la Garza worked to improve relations and trade between the two countries throughout his career. In 1966, he became the first congressman from the Texas-Mexico border area to serve on the Mexico-United States Inter-Parliamentary Group, which promotes dialogue between legislators from the two countries. Upon retiring from public office in 1997, Kika resided in McAllen, with his wife Lucille until his death on March 13, 2017.

The Congressional Papers of Eligio "Kika" de la Garza consist of approximately 425 linear feet of materials dating from 1965 - 1996. The bulk of the papers date from 1965-1980 and 1989-1996. The papers were created during Kika de la Garza's time as an elected official in the U.S. House of Representatives from 1965 - 1996, representing the 15th Congressional District in South Texas. Funding for processing the papers was provided through a grant from the National Historical Publications and Records Commission.

The collection is arranged into series and subseries, chronologically and alphabetically: 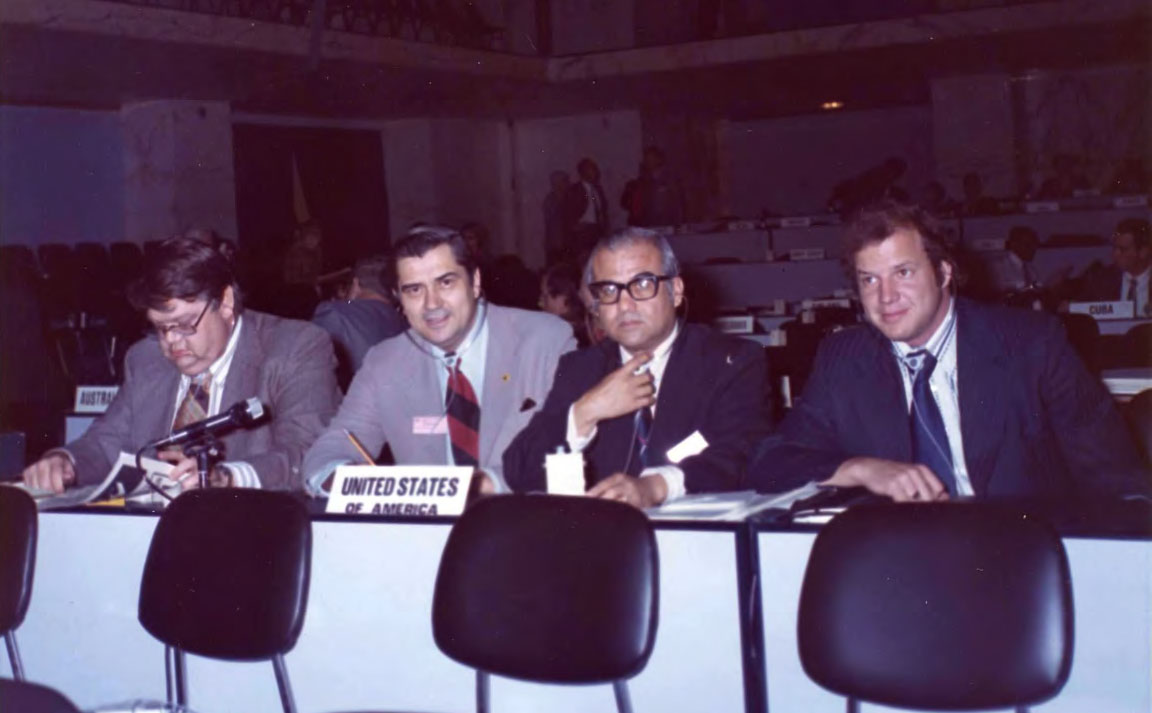 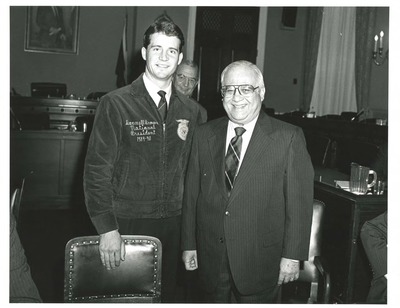 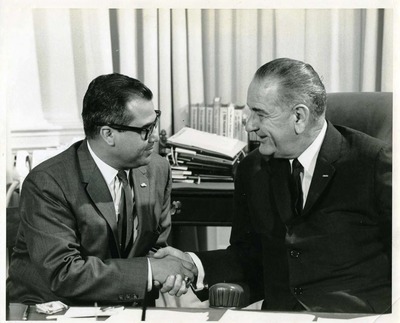 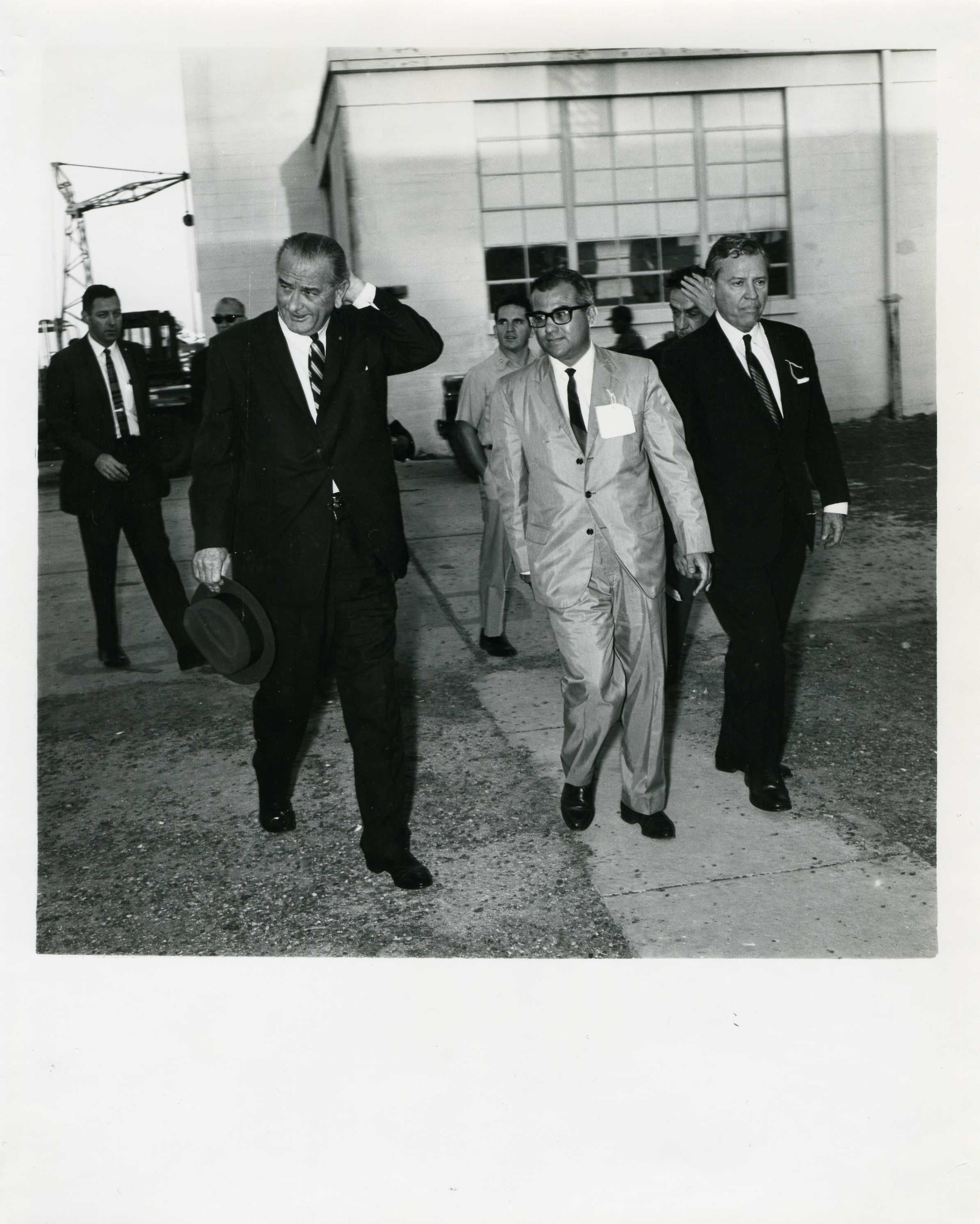 President Lyndon B. Johnson and Kika de la Garza in Harlingen, Texas. President Johnson was in South Texas to survey damage from Hurricane Beulah in 1967.

Learn more about this presidential visit from the LBJ Presidential Library. 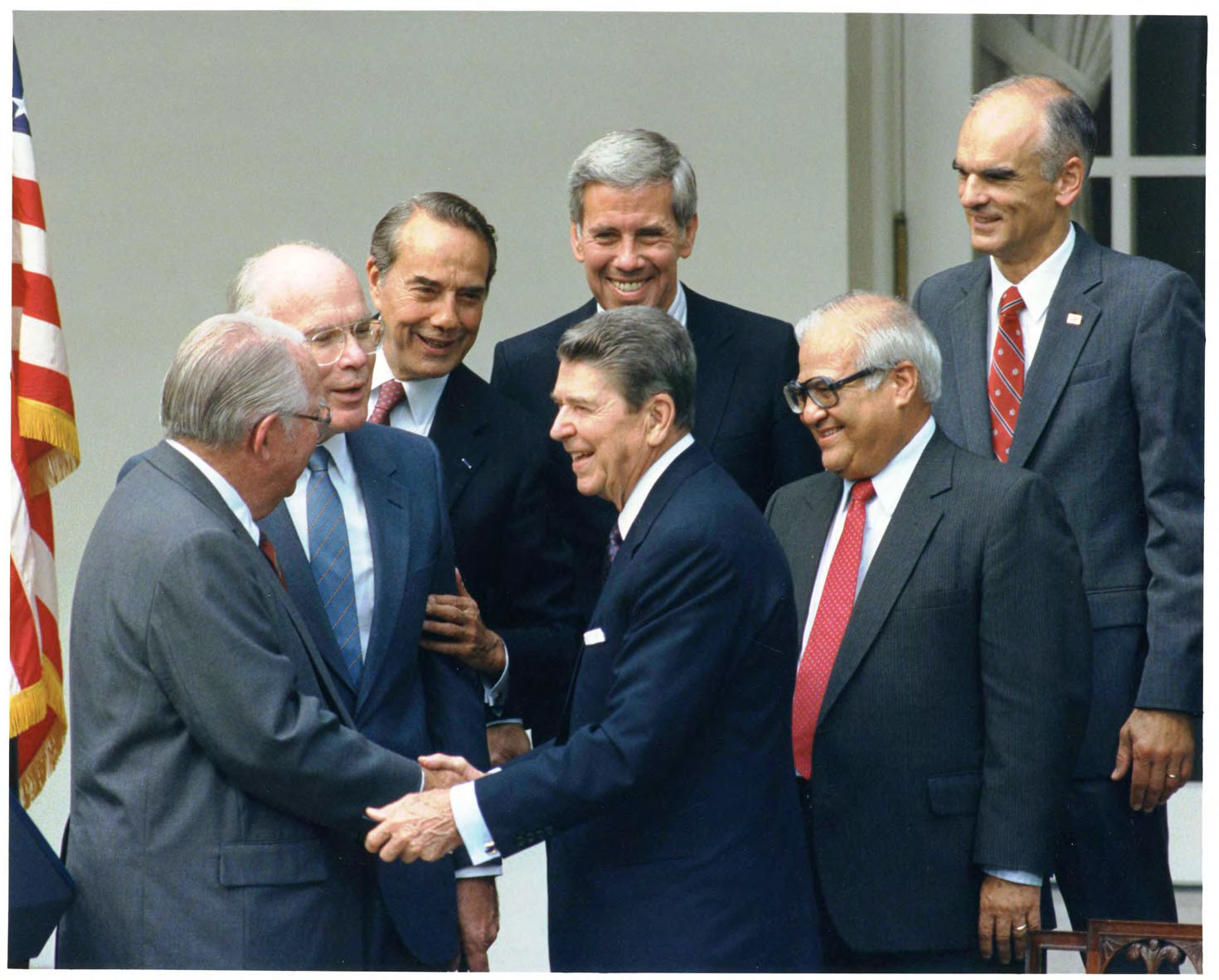 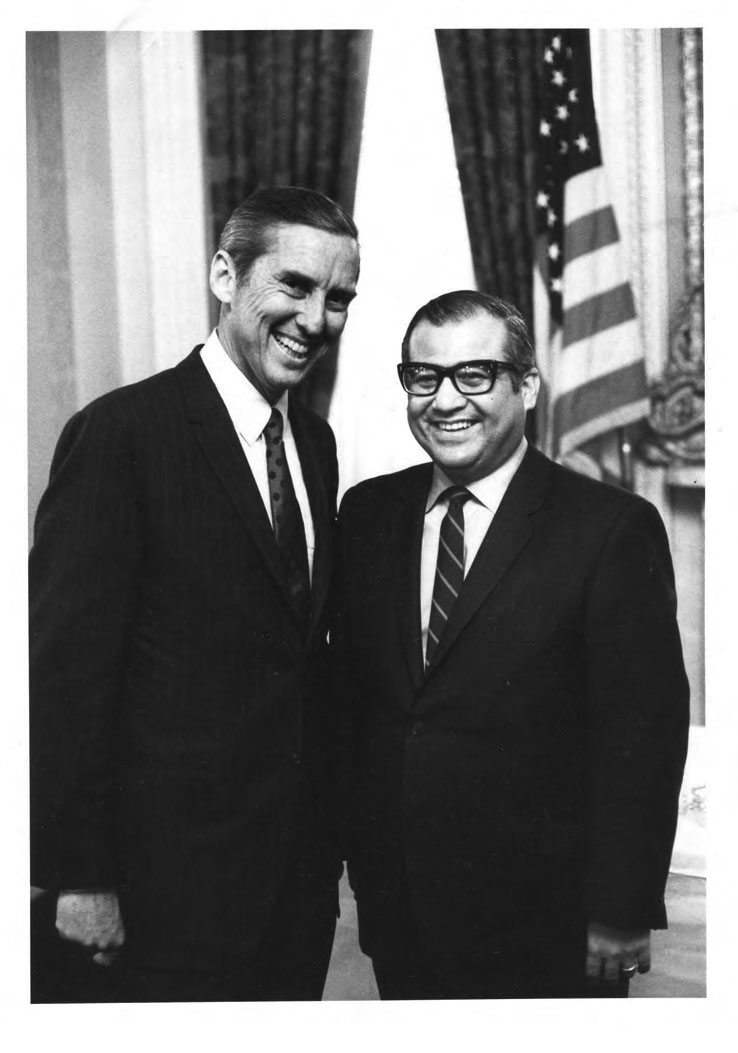 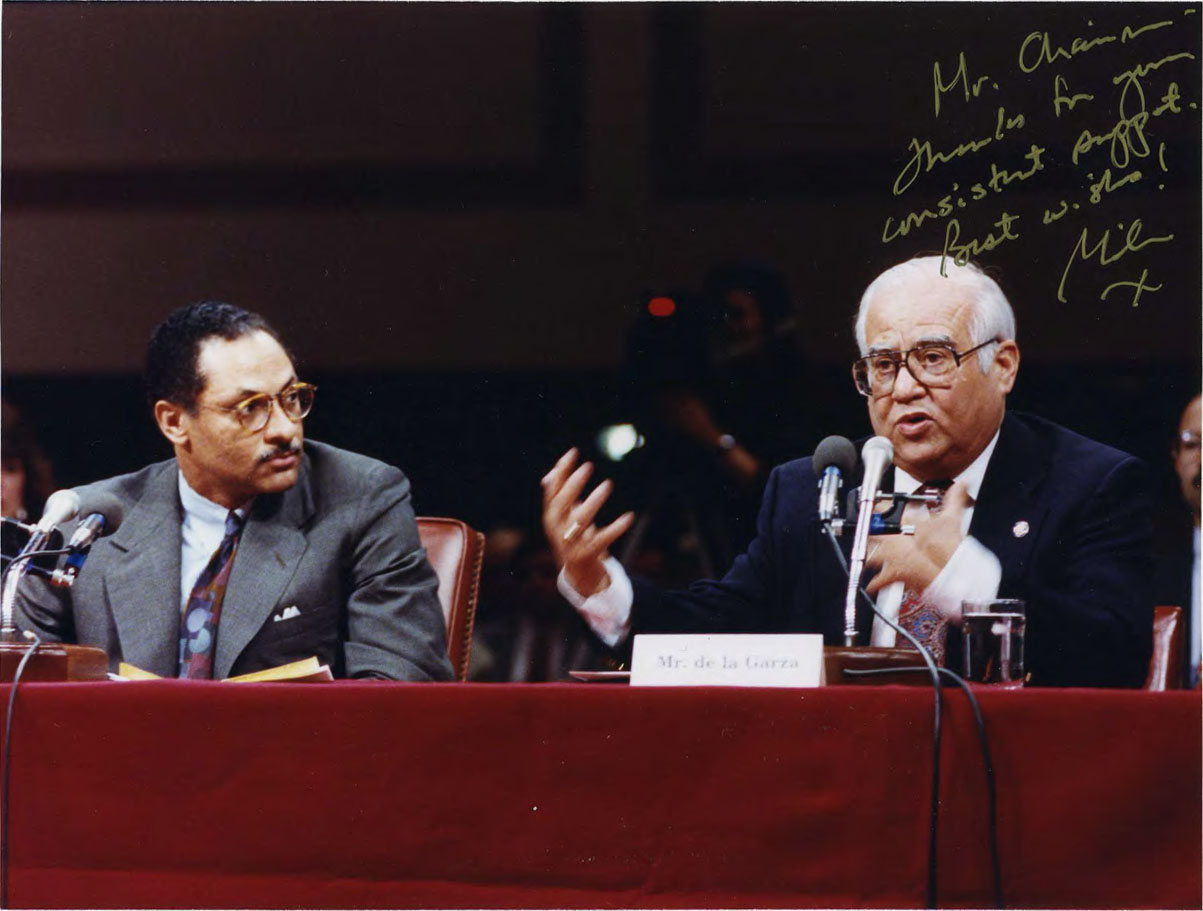 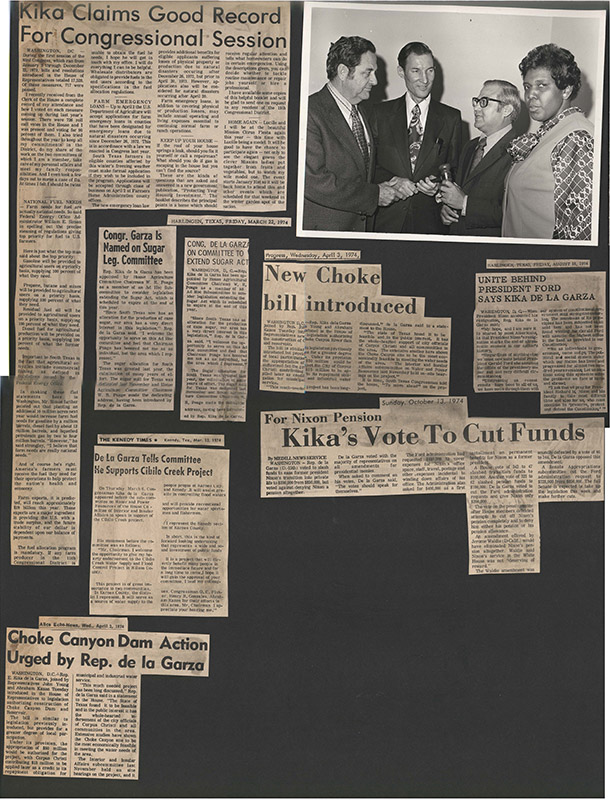 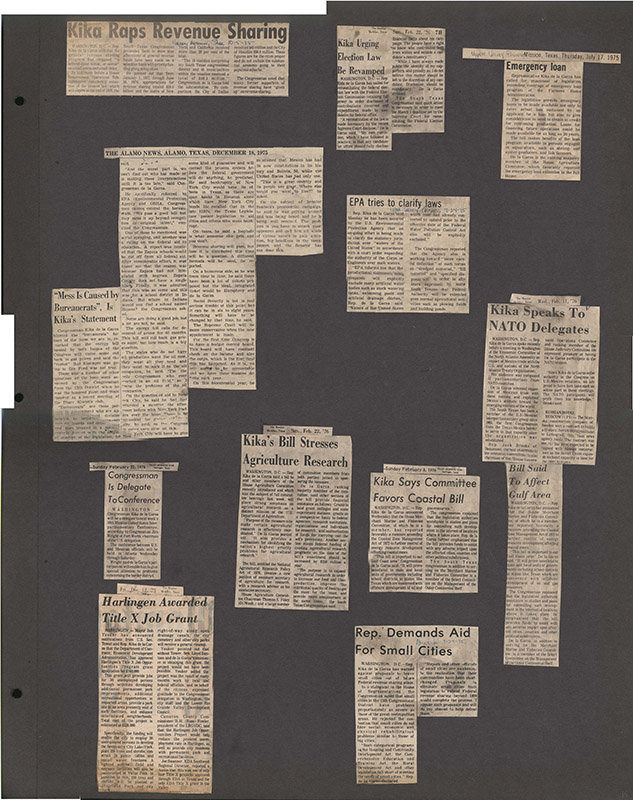 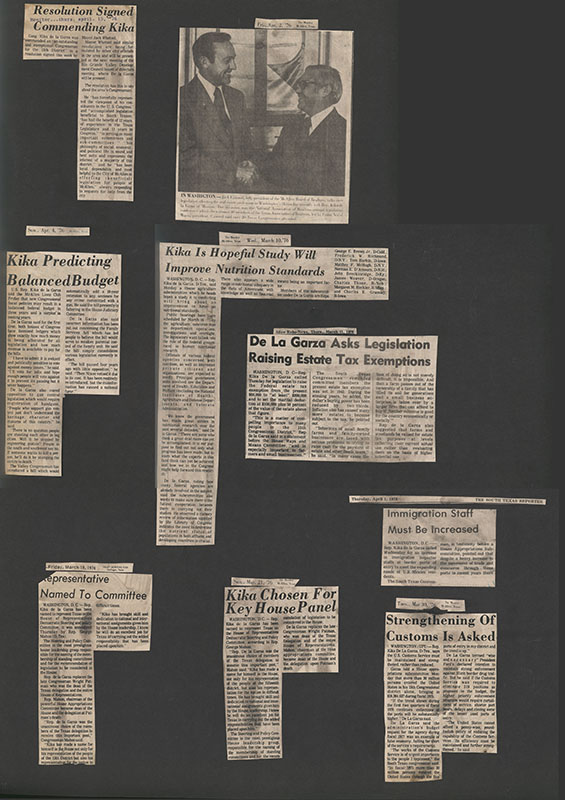 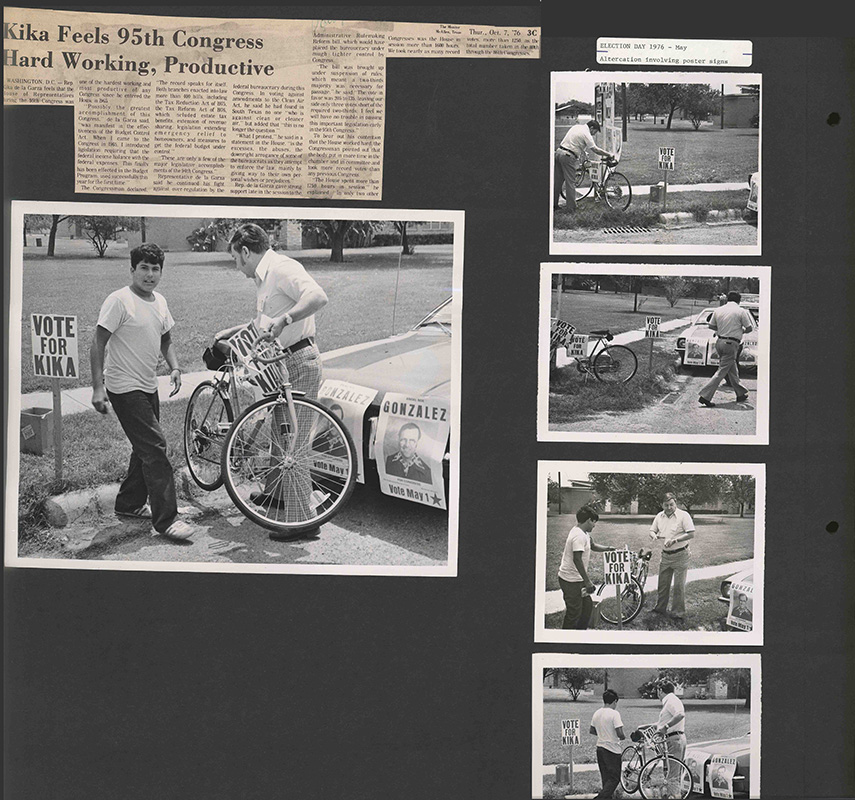 Oral history interviews were conducted with Kika de la Garza by University of Texas-Pan American University Library staff from July to October 2009. These interviews are available via Internet Archive.