While UTRGV Special Collections & Archives is tasked with access and preservation of our collections, we do not approve, endorse, or support the attitudes, prejudices, or behaviors found among these materials. Furthermore, we recognize materials contain offensive and racist language and imagery, especially in depictions of Mexican and Mexican-American people. This research guide attempts to avoid perpetuating inherent bias, power, and racism and promotes the researcher's candid evaluation and interrogation of the historical record.

From Oxford Languages and Google

During the early 1900s, the borderlands region was fluid with respect to to geophysical location and geopolitical identity. The term “ethnic Mexicans” is used by many historians to reflect this fluidity and to identify people of Mexican descent including both Mexicans and Mexican-Americans.

The purpose of this research guide is to provide general historical information on the documented lynchings of ethnic Mexicans in Texas as well as address various other factors related to ethic violence including, racial discrimination, agriculture industry, and migration in the Rio Grande Valley. It focuses on the period of 1915 - 1920. (See also Texas Rangers Research Guide.)

The first recorded cases of the lynching of ethnic Mexicans in the U.S. emerged during the late 1840s and continued through the 1930s. Although the exact number of lynchings remains largely unknown, historians estimate that roughly 5,000 Mexicans and Mexican Americans were killed during this period. The majority of cases are found within the border regions of Texas, California, Arizona, and New Mexico. According to Michael Barnes of the Austin American Statesman, "the NAACP has detailed 335 Texas lynching deaths by 1919. More recently, scholars have added to the list almost 250 lynchings of ethnic Mexicans in Texas from 1850 to 1930."

The history of lynching of ethnic Mexicans living in the Rio Grande Valley (also called "Tejanos") is tied to broader historical context, including the Mexican Revolution, border raids and violence, Anglo-American migration to South Texas, and the agricultural revolution. The completion of the Brownsville railroad in the early twentieth century created an influx of Anglo-American migrants to the region driven by promises of economic capital in the agricultural industry. During this period, the Valley transitioned from a predominantly Hispanic cattle ranching culture into an agricultural production industry dominated by Anglos seeking more land acquisitions. Rebecca Onion for Slate.com writes, "Between 1900 and 1910, more than 187,000 acres of land transferred from Tejano to Anglo hands, in just two Texas counties (Cameron and Hidalgo). Many who lost their land ended up working on it, paid, not well, by its new owners." Changing social, economic, and political circumstances exposed deep racial inequalities, escalating at times to threats, violence, and lynching. 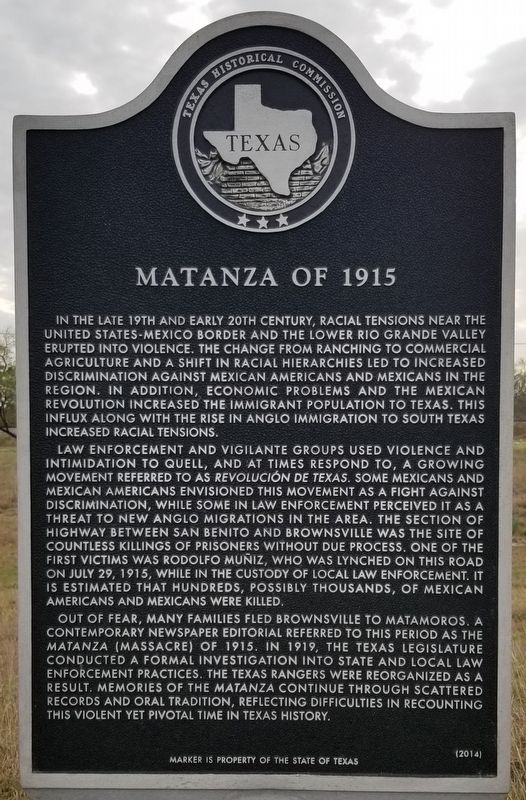 The escalating violence resulted in a wave of migration called, "The Great Exodus," whereby Hispanic people native to the borderlands moved to Mexico. The wealthy and poor alike packed what they could carry and abandoned their homes, ranches, and heritage to escape persecution. Others held their ground and some radicalized in response, answering violence with violence. The Plan of San Diego called for the reclamation of borderland states through the eradication of all Anglo adult males.

The Brent Campney Collection consists of research files accumulated during Dr. Campney's research into race relations in South Texas, particularly the Rio Grande Valley, during the 19th and 20th Centuries. The collection has a series of folders dealing with (in most cases) long forgotten episodes of racism and violence in South Texas and are intended to 1) inform interested scholars that these incidents occurred and; 2) provide a starting point for their own research into the incidents. 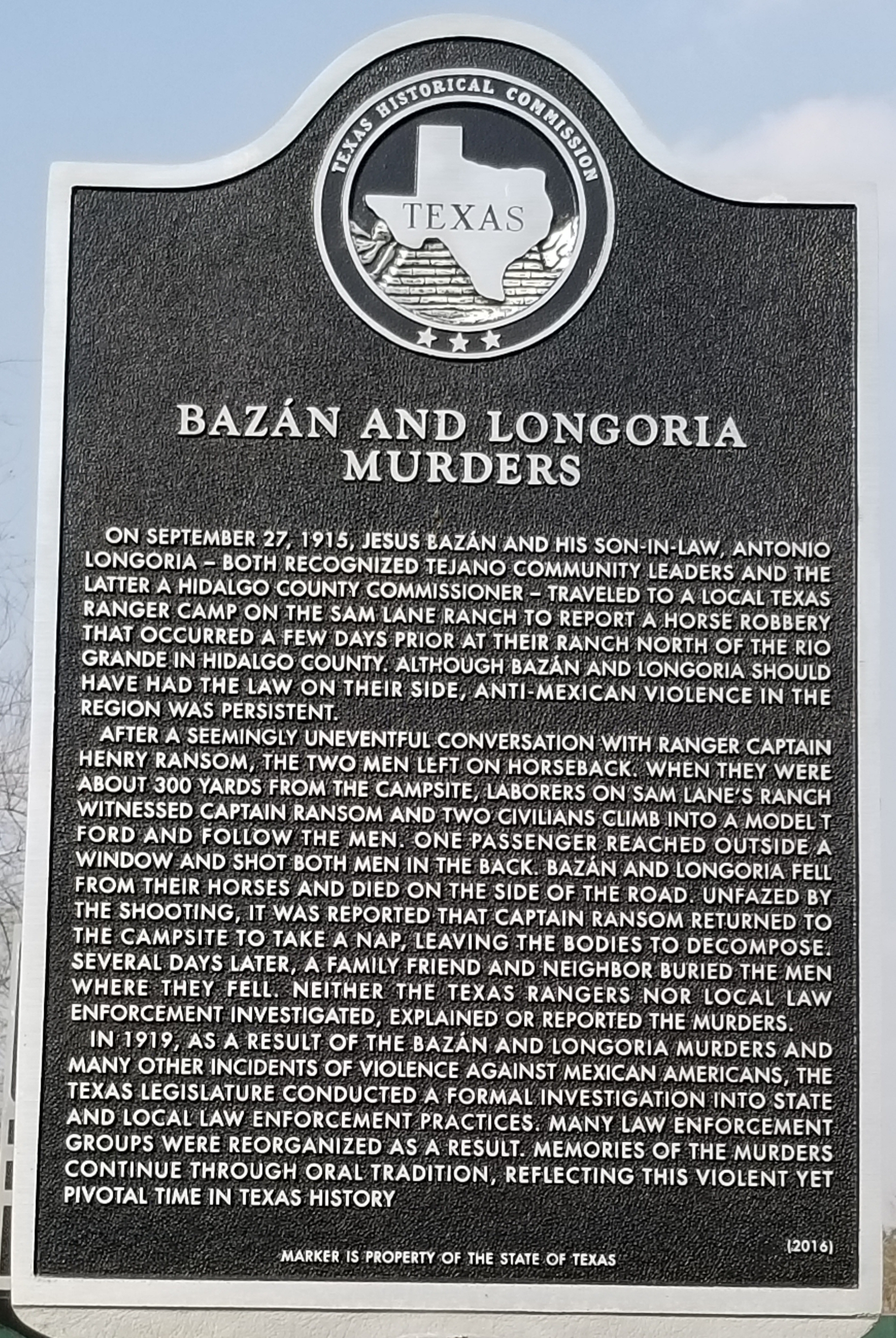 Note: This collection is born-digital but must be accessed (viewed) at Special Collections.

Proceedings of the Joint Committee of the Senate and the House in the investigation of the Texas State Ranger Force, Volume I

Proceedings of the Joint Committee of the Senate and the House in the investigation of the Texas State Ranger Force, Volume II

Delia Ramirez Alaniz Oral History, 1987. Delia Ramirez Alaniz talks about life as a child: family, education, religion, and funerals in Havanna, Texas. She also talks about marriage and land grants. Additionally, she talks about how one of her teachers stated a Tabasco school on fire, how Texas Rangers killed a Mexican, Patricio Perez and Senovia Perez, A.Y. Baker of Edinburg, how Juan Cortina is a relative, Clay Henry Davis, Josefa De La Garza Perez, land title for Fort Ringold, Porciones 70, 71, 72, 78, 80, 81, 88, 104, the history of Havana, Matias Tijerina, the Walkers, and how the Great Depression wasn't felt in the ranches. Interview conducted in Spanish by Ruben Alaniz in 1987.

Founded in 1954 “to encourage and to aid in the development of local historical societies and to discover, collect, preserve, and publish historical records and data relating to South Texas, and with special emphasis on the Tamaulipan background and the colony of Nuevo Santander.”

Timeline of Lynching of Ethnic Mexicans